Fly From New York To Phuket

The southern side of beautiful Thailand is the magnificent Phuket. Phuket is the host to world’s most beautiful beaches and active coastal region. Being one of the significant islands of commerce to many Asian countries, this beautiful city gets all its wealth from tin and rubber production. However, tourism is the higher economic sector of Phuket. Being a Buddhist majority state, Thailand’s biggest island is a perfect place to be if coastal vacation is one of your vacation styles. Wish to holiday in a romantic atmosphere with beautiful beaches and glamorous nightlife? Then Phuket is the best choice of all the places. We at FareFerry have best deals on your flight tickets to Phuket and irresistible Phuket flights deal.

Street foods in Phuket are far authentic than the one you find at the high-end restaurants. It’s hygienic, clean, and sanitized making the food very healthy for consumption - Papaya salad, Pad Thai noodles, Khao Pad, Massaman Curry, Thai Dim Sum, and Red & Green Thai Curry these are street foods that you need to try when in Thailand.

This a theme park that surrounds itself with the authentic culture of Phuket. Phuket FantaSea is categorized into three segments. One is for shopping in the Festival Village, the second one is for dining in the fantastic Golden Kinnaree Buffet Restaurant, and the third one is the best which is the Vegas-styled entertainment palace of the elephants. Before the show in the entertainment palace, there is a pre-show buffet that makes this theme park even more tempting to visit.

Out of all the 29 Buddhist temples in Phuket, Wat Chalong holds the most important because the temple is dedicated to two of the most venerable monks in the history of Thailand who during the country’s fight against the Chinese regency used their outstanding knowledge in herbal medicine and helped the injured. A place where the locals come to pray and foreigners come to study Buddhism this is one place you cannot afford to miss.

This is an iconic landmark of the island that holds a lot of cultural importance. This impressive structure is located up in the mountains of the Nakkerd Hills where one can see the 360-degree pan view of the island of Phuket. Visiting the Big Buddha can take half of your day but is going to be a hell of peaceful sightseeing because up above the hill all you can hear is the rattles of the winds clapping the bells and the Buddhist flags.

This is a national park of Phuket that comprises both of the sea and the land. Located close to the Phuket National Park this park is the home for many turtles and tropical coral reefs and also offers a home to migratory birds. This national park spread to the area of thirty miles and was initially called the Nai Yang National Park. It is known for its white sand beaches and has many species of flora and fauna.

This is the fourth oldest Taoist Shrine which is famous for its incredibly craved dragons and Chinese paintings in gold and green color. This is happy to wander place has many impressive murals, Kwan Yin and carvings.

Phuket International Airport (HKT) is the serving airport to Phuket. This is located at the center of the city making sure that the island is well connected with major cities in the world. Thai Airways, Bangkok Airways, and Thai AirAsia are three airlines at the hub in the HKT airport. Airlines such as Aeroflot, Asiana Airlines, Emirates, Etihad Airways, Finnair and Korean Air operates from the Phuket International Airport. Local buses, Tuk-Tuk, Songthaew, Taxis, and shuttles could be availed outside the terminal and also outside the airport.

Everybody should plan an Asian trip once in their lifetime and Thailand is one country that you should visit first. There’s fun, and there’s an adventure in this Thai Kingdom. There are greater indoor activities and much greater outdoor activities. Book cheap flights to Phuket and grab unbelievable discounts on airfare deals to this Thai city. FareFerry is your one-stop destination to avail low-cost flight tickets to Phuket. FareFerry gives you the opportunity to search and analyse multiple airline options of Phuket flights. More magnificent deals, and significant savings all at one place. Book international flight tickets to Phuket with FareFerry today.

Near By Cities To Phuket

Excited to visit Phuket soon? We are thrilled ourselves. Phuket awaits your arrival. In case you have sometime left to spare when in the vibrant city of Phuket, we suggest you try visiting the nearby places too. This would just help you add the buzz to your Phuket journey. Indulge in some more fun, culture, people and food.. 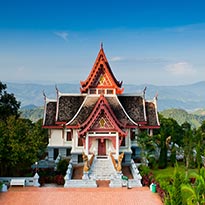 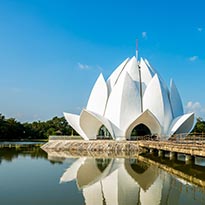 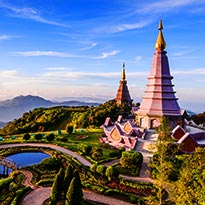 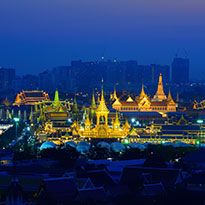 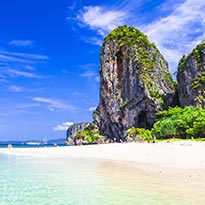 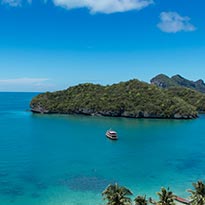