Stockholm is the capital city of Sweden and it is the only capital in the world that has a national urban park. Being the economic, political, media and cultural nucleus of the country, this city is the corporate center of the Nordic region. The home ground of the Nobel Prize ceremony, Stockholm is also the ground of three of the World Heritage Site’s i.e The Drottningholm Palace, Birka and Skogskyrkogarden making it the capital of the European culture. There is something magical about Stockholm with all its modern and historic charm that you should never afford to miss. Pack your bags to travel to the heart of Sweden with FareFerry because we give you amazing Stockholm flight deals that you can desperately grab and set foot to explore the amazing Stockholm.

Stockholm is one hundred percent gorgeous. It is a gift to the world that enjoys breath-taking locations, natural oasis and perfectly protected Swedish culture. Come travel to this historic city of Sweden and witness the boulevards of countless memories.

This tunnel is one of kind 231-meter long passageway built in the year 1886. This a small passage that offers shortcuts to the pedestrians and cyclist through the center of the city. Located between David Bagares gata and Tunnelgatan, Brunkeberg Tunnel is known for its engineering marvel and a perfect place to click pictures. It has an interesting history behind its formation. It is said that the tunnel was formed by pushing the glaciers to form a hollow tunnel to transport. Interesting right?

This is a maritime museum in the Island of Djurgarden that exhibits the ships from the past centuries that has been salvaged. It was opened in the year 1990 to the public. The most viewed exhibits are the Vasa Ship that sank in the year 1628 which is the only preserved ship from the 17th century. This is the most visited museum in the entire Scandinavian region, making it a must visit.

Named after the humble queen of Sweden, Sofia Kyrka is the most important church in Stockholm and was opened in the year 1906. This is an iconic landmark in the city because of its stunning architecture and well-preserved park around. It is suggested that you visit this beautiful church on the bike because, on the way to Sofia Kyrka, one could also see the nearby beautiful places.

Skogskyrkogarden is a cemetery under the world heritage site designed by mesmerizing architecture inspired from the Nordic classism and mature functionalism. This place came into life after a local competition called the Tallum was conducted in the year 1915. Now is the home for more than 2000 graves and is open to the public all through the year. It is a pleasant trip amongst the picturesque nature.

The Great Synagogue of Stockholm

Located on the small street of Wahrendorffsgatan the Great Synagogue in Stockholm was built in between the years 1867-1870. This place is rich with Jewish history in the Scandinavia. This provided religious services till the year 1890 and now has a library below the synagogue that offers multilingual collections of books and documents of the Jewish culture in the whole of the Scandinavian region.

Stockholm Arlanda Airport (ARN) is the nearest airport serving this elegant city. ARN is the hub for Norweigan Air Shuttle and Scandinavian Airlines. To commute to and fro the city from the airport, public transportations are available. Taxis usually charge $60 to drop to the city center. Arlanda Express train charges around $40 dollars for the ride and is the most economical way of travel in Stockholm. There are other services called the Swebus and Flygbussarna which are basically shuttle services. Choose any method of transportation, and Stockholm’s got you covered.

Near By Cities To Stockholm

Excited to visit Stockholm soon? We are thrilled ourselves. Stockholm awaits your arrival. In case you have sometime left to spare when in the vibrant city of Stockholm, we suggest you try visiting the nearby places too. This would just help you add the buzz to your Stockholm journey. Indulge in some more fun, culture, people and food.. 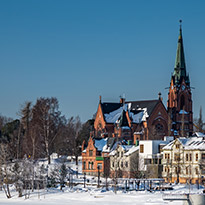 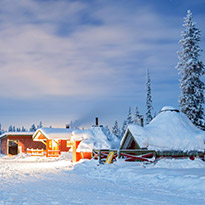 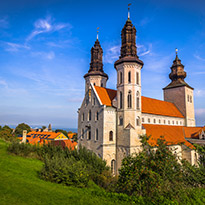 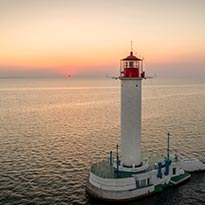 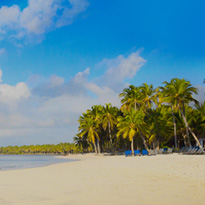 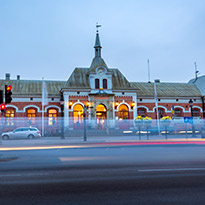