Moscow is tagged as the global and an iconic city and is the home of 84 top billionaires of the world. History has been rooted deep into the city of Moscow because Moscow has always been an important city when it comes to world history, making it an exciting place for everybody to visit. With a continental climate, Moscow also holds the most extensive metro system of the world and has become the landmark of the city. With over 200 stations, Moscow metro system is considered as an architectural marvel. Being the center of European Russia, Moscow is the capital city of Russia. Being one the expensive city in the world, Moscow is the wealthiest region in the whole of Russia. Planning to visit this expensive city but lack the budget for it? Do not fear. We at FareFerry have cheap flights to Moscow that will not hamper your wallet at any cost.

Visiting the heart of Russia is an experience one could have never imagined. The city is not just the capital of the country but is also the cultural, economic and the political nerve of Russia. It is from this city that the richness of the Russian past speaks pride to its tourist. Being the largest tourism city in the entire country, the city is globally known for its cuisine, unusual architecture and entertainment. Everything that you seek for a holiday, Moscow has covered you completely.

When in Russia, eat and drink like a Russian. It’s a trip to make memories and what better ways to make sound minds if not then with food? The city serves the best of the best Russian cuisines representing different cities of the entire state. Here are the following food that you need to try when you step your foot inside the city – Pelmeni, Khachapuri, Black Current Pastry, Blini and Lepyoshka.

Moscow Kremlin is filled with Russian history. It is interesting and equally impressive. This epicenter of Russian political power is the perfect heritage site that offers to educate tourist about the country. Moscow Kremlin is a complex that holds many iconic buildings. It is also within the premises that the president of the Country resides.

This is a memorial building of the Great Russian leader Vladimir Lenin. The entire building is made of granite and red stone. The Mausoleum is the open for tourists only on particular days. Generally, Mondays and Friday are an off. The Mausoleum’s entry is free of charge.

Anyone visiting Moscow cannot go without visiting the Bolshoi Theatre or probably hearing about it. This historic theatre was opened in the year 1825 and is the oldest ballet company in the world. Being the largest tourist attraction of Moscow, these building features are remarkably amazing.

Gorky Park spread across 300 acres and was inaugurated in the year 1928. The central park is located across the Moskva River. The part is named after a famous Russian writer Maxim Gorky. The park is an area of enormous interest to the children thanks for the rides and rollercoaster features.

With over four international airports, Moscow is well connected to the world. Sheremetyevo International Airport (SVO), Domodedovo International Airport (DME), Zhukovsky International Airport (ZIA) and Vnukovo International Airport (VKO), these are the four serving commercial airports of Moscow. DME is the hub for Ural Airlines, S7 Airlines, Red Wings Airlines and serves as the focus city for Yamal Airlines, Nordstar, Nordavia, and IrAero. SVO serves as the hub for Aeroflot, Ural Airlines, Royal Flights, and Pegas Fly. VKO serves as the hub for Utair, RusLine, Rossiya, Pobeda, Gazpromavia and Azur Air. ZIA serves Pegas Fly as the hub. With so many airports in Moscow, transportation should be least of the worries. Train, taxi, and bus are the three common option for transportation from all the four airports. There are taxi stalls outside the terminals of all the airports for the benefits of passengers. Aeroexpress is a fantastic train option too. The train serves from SVO to the central city in a matter of just 35 minutes. DME to the city center in about 45 minutes and from VKO to city hub in about 35 minutes. Tickets could be availed from the dispensing machine.

Near By Cities To Moscow

Excited to visit Moscow soon? We are thrilled ourselves. Moscow awaits your arrival. In case you have sometime left to spare when in the vibrant city of Moscow, we suggest you try visiting the nearby places too. This would just help you add the buzz to your Moscow journey. Indulge in some more fun, culture, people and food.. 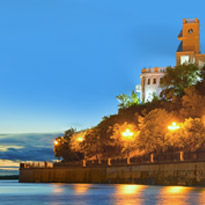 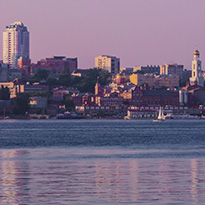 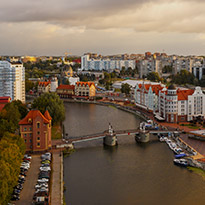 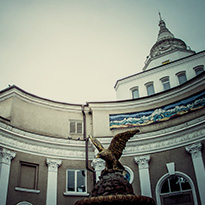 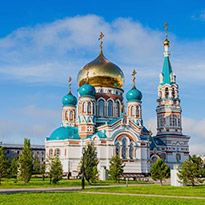