Fly From Boston To Istanbul

Fly From Atlanta To Istanbul

Fly From Washington To Istanbul

Fly From New York To Istanbul

Someone once said if the world were a single state then Istanbul would be its capital. Being the only land in the world that is spread in both Europe and Asia at the same time, Istanbul is the largest city in Turkey. Home of the world’s oldest bazaar and the third oldest subway, this Ottoman Empire ruled city is surrounded by fantastic sea views, making the city the perfect picturesque destination to ever to visit. Istanbul has been a fundamental city right from the time of its original foundation. The town that unites Europe and Asia is the place to get lost and dive deep into the cultural affluence, vibrant cityscape and much more. Check out FareFerry’s cheap flights to Istanbul offers and Get Set Go for the best trip of your life.

Everybody should schedule a visit to Istanbul. The city is simple but yet elegant. Hundreds of landmarks to see and thousands of memories to make, Istanbul is just perfect. Essential rules to roam around is to know the facts about the city and to wander Istanbul; curiosity is the key. It is said that during the time ruled by the Ottoman Empires, the city has near about 1500 public toilets - talks a lot about the city’s hygiene. The city has nearly 350 cemeteries. Some reserved for Muslims and some reserved for non-Muslims. Stroll around the city and have a look at the Turkish architecture, art, culture, food, and history like never before.

The meaning of Sophia means Wisdom, and it is one of the most visited landmarks not just in Istanbul but in the entire world. The actual meaning of Hagia Sophia is Shrine of the Holy of God. It took over ten thousand men to construct this structure throughout five years. Indeed a magnificent area to visit, Hagia Sophia should be on your to visit list.

It is the largest museum in the whole of Turkey and once served the residence of the Ottoman sultans during the fifteen century. When the Ottoman Empire was completely taken down this structure was converted into a museum run by the government of Turkey. There are chambers, hundreds of room, furniture and other exciting things exhibited in the museum making sure that you get all the historical fact about this palace in one go.

One of the oldest markets in the world, Grand Bazaar is the home of nearly 3000 shops and a perfect sightseeing spot for tourist. In case you ever wish to take back home some authentic Turkish items or souvenirs then Grand Bazaar is one place you cannot afford to miss. From musical instruments to DIY shops, from hats to boots or earrings to bell pins, name it all and you have it all in this unique Grand Bazaar.

Built in the year of 1800 this palace once served as the resident quarter of during the 19th century Ottoman Empire. This structure has nearly 285 rooms, six Hamas, forty-seven hall rooms, and 70 toilets. This richly decorated palace has the finest of fine Ottoman cravings in the world and decors to die for. Be it the carpet down below or the chandelier up, this palace is filled with some excellent level richness.

Galata Tower once served as the watchtower of the city, protecting the city from invader or attacks, is presently a dominating landmark of Istanbul. Located on the north of the town this medieval stone tower is the most visited landmark in Istanbul and can be visible from any corner of the city. It is said that the sunset view from this tower makes the entire city experience great.

The serving airports of the city is the Istanbul Atatürk Airport (IST) and Sabiha Gökçen International Airport (SAW) on the Asian side and Istanbul Airport (ISL) at the European side. Istanbul Atatürk Airport is the hub for AtlasGlobal, and Onur Air, whereas Istanbul Airport is the hub for Turkish Airlines and Sabiha Gökçen International Airport is the hub for AnadoluJet, Turkish Airlines, and Pegasus Airlines. From all the three airports private cars, car rentals, taxis, private buses, public buses, sea buses, and trains are readily available. In Istanbul - boats, subways, funiculars, buses, and trams are the primary modes of public transportation. Istanbul Kart, a magnetic card has to purchase to commute on any of the public transportation services. There is a municipality owned airport shuttle bus services called the Havas bus Airport Shuttle that runs every half hour to suburbs of the city. Another alternative to commute is the private shuttle buses. These are privately run and more comfortable than public taxis. City buses of Istanbul are called as the Bus Rapid Transit (BRT) and are also known as the Metrobus. These buses are available from any part of the city to reach any of the airports. Care should be taken that multiple coaches have to be changed to achieve the desired destination if the route of departure doesn’t be close to the direction of arrival. The metro system of Istanbul is also the best method to travel to and fro the city. Metro line M1 connects the town to the Istanbul Atatürk Airport. Metro Line M4 connects the Sabiha Gökçen International Airport. Istanbul trams are much modernized and air-conditioned running from the time scheduled between 6 am in the morning to 11 p.m.

FareFerry offers you the cheapest airfares on all the Istanbul flight deals. Book tickets to Istanbul with us and get the best price guarantee on all airline reservations. If you are on a budget then it is recommended that you book flights tickets at least a month in advance to save bigger deals of the amount on your bookings. FareFerry has many offers on the Istanbul flights based on your budget. First class tickets to Istanbul or economy class tickets to Istanbul, we have got you one hundred percent covered. With greater discounts come bigger savings, paving way for a perfect travel deal unimaginable.

Near By Cities To Istanbul

Excited to visit Istanbul soon? We are thrilled ourselves. Istanbul awaits your arrival. In case you have sometime left to spare when in the vibrant city of Istanbul, we suggest you try visiting the nearby places too. This would just help you add the buzz to your Istanbul journey. Indulge in some more fun, culture, people and food.. 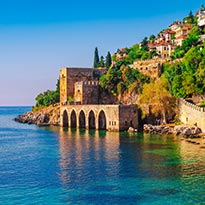 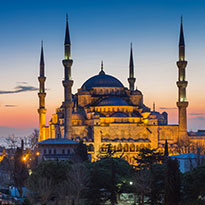 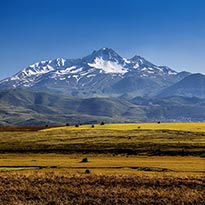 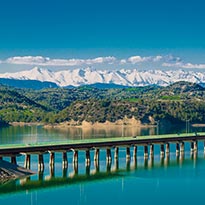 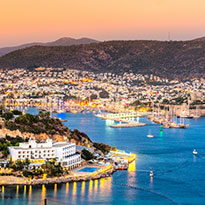 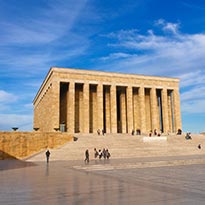