Nicknamed as the 'UAE's Garden City', Al Ain is famed for being the birthplace of UAE's founding father, Sheikh Zayed. The small township has been set amid date-palm plantations and natural springs have brought liveliness at every nook and corner of the city. Visitors love the city's laid-back attitude as the city lacks ultramodern skyscrapers, preserved fort and pinch of UNESCO heritage sites make it worth stopping for days of relaxation. If you're travelling with your family, kids will adore the zoo and Wadi Adventure park are famous family destinations for the weekend. Al Ain is a treat for the eyes and the soul with craggy contours of Jebel Hafeet just south of town. Historically, Al Ain exists since 3000 BC and travelers interested in local history and culture find the visit to city very profound.

If you’re mulling a trip to Al Ain, be guided by the fact the summers are long, sweltering, arid, and partly cloudy and winters can be short, comfortable, dry, and mostly clear. Over the year, the temperature ranges from 54 degrees to 111 degrees Fahrenheit. The best time to visit for outdoor attractions is from early October to mid-November. Never plan to visit in the month of July as it’s the hottest of the year and the coldest month in Al Ain is January. The city is full of attractions and things to do and a planned itinerary will help you cover most of them easily:

Watch over the picturesque panoramas on the summit of Jebel Hafeet

For myriad outdoor adventure, head towards the rugged contours of Jebel Hafeet (Hafeet Mountain) that showcase the best panoramic views over the city and the surrounding desert. This second-highest peak of United Arab Emirates stands tall at 1,240 meters and you can easily drive up here following a winding mountain road. Visitors can explore the incredible trails and watch the spectacular sunset on foot or by the mountain bike.

Move back in time and plan your visit to the Al-Jahili Fort which dates back to the year 1891 and has been acclaimed to protect the town from attack. This restored fortress is one of the Al Ain's major points of interest and displays exhibits & photographs related to British writer and desert explorer, Wilfred Thesiger. The fort's towers can be climbed for scenic views of Al Ain and you can watch a documentary video in the compound that explains all facts about fort's restoration.

For visitors who've been curious enough to know the daily life of region's people, the heritage, culture, and history of the United Arab Emirates, the Al Ain National Museum which has been housed in Sultan Bin Zayed Fort does exactly just that. Distinctive sections such as ethnographic, archaeological have numerous artefacts that date back to the Bronze and Iron Ages. The main attraction are the exhibits from the nearby Hili Archaeological Park and restored Grand Hili tomb unearthed at the site.

Astonishingly beautiful, the sprawling Al Ain Oasis is a tranquil which brings respite from the sun. Spreading in almost 1200 acres, it's the first UNESCO World Heritage Site in the UAE that is home to hundreds of farms and nearly 147,000 date palms of more than 100 varieties. These palm groves are still fed by traditional falaj irrigation system which has been used in the United Arab Emirates for 3,000 years. Visitors should step into the small museum near the main entrance does a good job of explaining the importance of date palms to traditional life. Plan to hire cycles which can be rented at the main entrance to explore the oasis at your own will and tours by buggy or horse are also available at the entrance.

There should not be any excuse or reason for procrastinating your Al Ain trip. Therefore, Book Cheap Flight Tickets to Al Ain today and advantage from the best price guarantee on all international airline tickets. Fareferry lets you discover multiple airlines and best airfares flying to Al Ain. Fareferry believes that the higher cost of airline tickets does not have to hamper your holiday desires to Al Ain. We endeavor to provide flexibilities on travel dates, specific class preference and layover counts on all international flight tickets to Al Ain.

Nearby cities to Al Ain

Planning a trip to Al Ain soon? Al Ain awaits your arrival eagerly. In case you have sometime left to spare when in the mesmerizing city of Al Ain, Fareferry suggests you try visiting the nearby places too. This would just help you add an element of excitement to your Al Ain journey. Meet new people and have some more fun, learn new culture, and taste exclusive food.

Near By Cities To Al Ain

Excited to visit Al Ain soon? We are thrilled ourselves. Al Ain awaits your arrival. In case you have sometime left to spare when in the vibrant city of Al Ain, we suggest you try visiting the nearby places too. This would just help you add the buzz to your Al Ain journey. Indulge in some more fun, culture, people and food.. 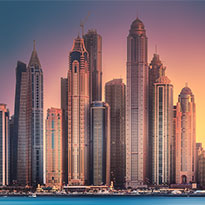 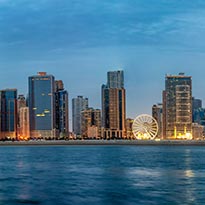 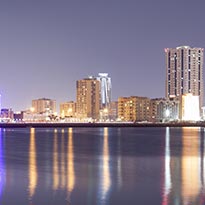 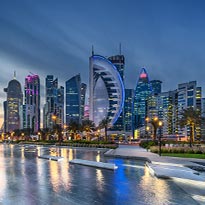